History of the Ford Bronco

With the announcement of the return of the legendary Ford Bronco for the 2020 model year, there’s a great deal of interest in the 30-year history of this well-respected off-roader.

While little has been officially released, though there’s much speculation about what the 2020 Bronco will be like. Until then, let’s look back at what’s made Bronco so esteemed by enthusiasts.

From the 1960s through the 1990s the Bronco was produced across five generations, and growing from what was considered in 1966 to be a compact SUV to eventually equal the height and width of the Ford F-150.

Ford brought the Bronco to the market in 1965 as a 1966 model to take on the Jeep CJ-5 and the International Scout, but the Ford Bronco had two big advantages: its coil spring front suspension provided better on and off-road performance and the optional V8 was not available at that time from either Jeep or IH.

Much like the Ford Mustang, the first-generation Ford Bronco is the most beloved and usually the image that first comes to find to an enthusiast when the name Ford Bronco comes up. However, the type of off-roading that exists today wasn’t really in the minds of our respected Ford engineers.

They saw the Bronco primarily as a tool for farmers, ranchers, surveyors and other who had to traverse rough roads and sometimes no roads. For example a shift-on the-fly Dana transfer case and locking hubs were standard, and heavy-duty suspension was an option. Other options for the first-generation Bronco included a CB radio, an auxiliary gas tank, a power take-off, a winch, and a post-hole digger.

However, the Ford Bronco quickly caught on with the general-public, some who purchased an early no intention to take it off-road. In response the Bronco was made available in a Roadster version for the 1966 and 1967 model years. There was no steel roof and the doors were replaced by inserts that covered the mounting hardware for the doors.

Ford knew well the value of motorsports in promotion its products, with its ‘Total Performance’ program challenging at the Indy 500, the 24 Hours of Le Mans, NHRA drag racing, and the Daytona 500. Ford handed over eight pre-production 1966 Broncos to racecar builder Bill Stroppe, who was instructed to focus on a new event called the Mexican 1000 Rally, soon known as the Baja 1000.

In order to better compete in the marketplace, the Bronco was moved up in size and off its unique frame and onto that of the Ford F-Series pickup. From its introduction in 1978 until its discontinuance after the 1996 model year, the Bronco would share much of the same suspension, chassis, drivetrain and bodywork with its truck brethren, moving the Bronco into the category of Full-size SUV.

Despite the commonality between the Bronco and the F-Series in those years there were a number of features that separated the two. In 1978-1979 the Bronco came standard with a part-time four-wheel drive system utilizing a gear-driven transfer case and the option of full-time four wheel drive with a chain-driven transfer case. It was fitted with a removable hardtop and folding rear seats. The rear glass could be rolled into the tailgate so that the gate could be dropped for loading and unloading.

The third-generation Bronco debuted in 1980 with a shorter and lighter body, but retained the small wheelbase. A single transfer case was adopted and an independent front suspension was developed around the Dana 44 front axle to allow for better on road ride comfort and off-road articulation. In 1985, the 5.0 L V8 became the first Bronco engine to feature multiport fuel injection, the same year as the popular Eddie Bauer trim package was first made available.

The fourth-generation Bronco rolled out in the 1987 model year and featured a more aerodynamic front-end design. The interior was completely redesigned and for the first time the Bronco was available with push-button controls for its 4WD system. ABS was also made standard in 1987. Five-speed transmissions replaced the old four speed manuals, and new automatics, including the heavy-duty E40D were available.

For the fifth and final version of the 20th century Bronco, an even more aerodynamic front-end design was adopted. The dashboard and instrument panel were upgraded, and as SUVs became increasingly more mainstream, the Bronco was offered with a leather interior for the first time. Much of the engineering devoted to the fifth-generation was in the adoption of improved safety features. Front crumple zones, three-point seat belt for the rear-seat were introduced in 1992, with further upgrades of a driver’s side air bag and additional door reinforcements in 1994.

The Bronco line was dropped for the 1998 model year in favor of the four-door Ford Expedition, which company planners believed better suited the marketplace at the time.

Ford reignited passions for the famous off-roader with its Ford Bronco Concept displayed at the 2004 North American International Auto Show (NAIAS) in Detroit. While it was rumored to be headed to production only the one show vehicle was built. For enthusiast it would be another 16 year wait until Bronco 2020.

The announcement of the revival of the Bronco was also made at the NAIAS, but in 2017. What’s been announced for far is that the mid-size 2020 Bronco will share its underpinnings with the new 2019 Ford Ranger pickup, that the Bronco will be a squared-off design, like the original version. This comes from a recently released official photograph from Ford showing a boxy, upright shape hidden under a tarp. It’s also been officially announced that the 2020 Ford Bronco will also be available with a hybrid drivetrain. In regards to the 2020 Bronco price, no official information has yet been released. 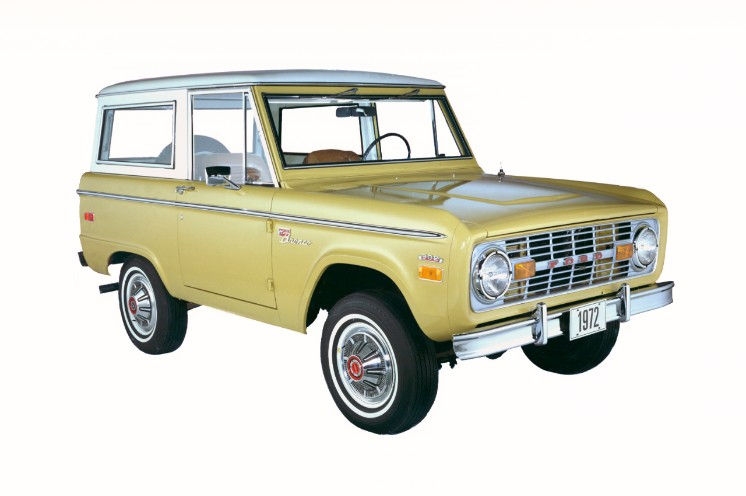