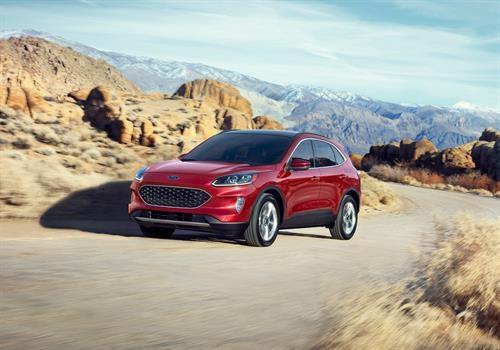 You have three different engines to choose from in the SEL versions of these popular Ford SUVs. The standard engine is Ford's sensational and multi-award-winning 1.5-liter EcoBoost turbo-three, which in this case outs out 181 horsepower and 190 lb.-ft. of torque and is seriously fuel-efficient. If that's not enough power for your liking and you’re happy to use a little more gas, there's then the option of a 2.0-liter EcoBoost that boasts 250 horsepower and 280 lb.-ft. of torque. Both engines send the power to the front or all four wheels through an eight-speed automatic transmission.

As you might expect these days, there's now also the option of a hybrid powerplant for the Ford Escape SEL. The system is good for 200 horsepower and 209 lb.-ft. of torque, and that power goes to the front wheels through an eCVT transmission.

Although the styling updates to the exterior are relatively minor for a new generation, they have had quite an impact on the looks of the Escape. The front fascia looks very modern and very sporty, and the overall silhouette follows very much along the same lines.

Being a model just below the range-topper, the Escape SEL comes standard riding on a very attractive set of 18-inch Machine-Face alloys with the option to upgrade them to a set of 19s if you prefer.

The SEL seats are Ford's Active X™ Seating Material, which is a type of partial-leather surface that's been designed to withstand greater wear and tear than the standard cloth seats. Other standard interior features include the Sync® 3 infotainment system with Bluetooth connectivity and Apple CarPlay® and Android Auto™ compatibility, FordPass™ Connect, SiriusXM Satellite Radio, a Heated and leather-wrapped steering wheel, and Electronic Automatic Temperature Control with rear air duct.

To arrange a test drive and to hear about the latest Ford Escape special offers, get in touch with us today here at your local Southern California Ford Dealers. 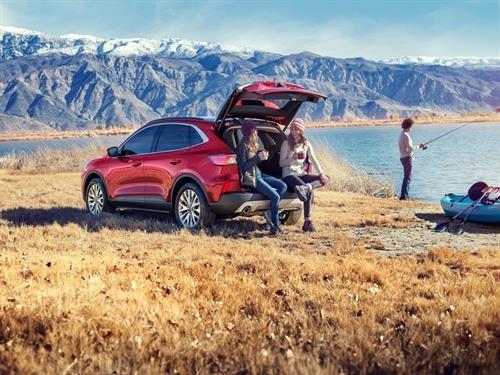