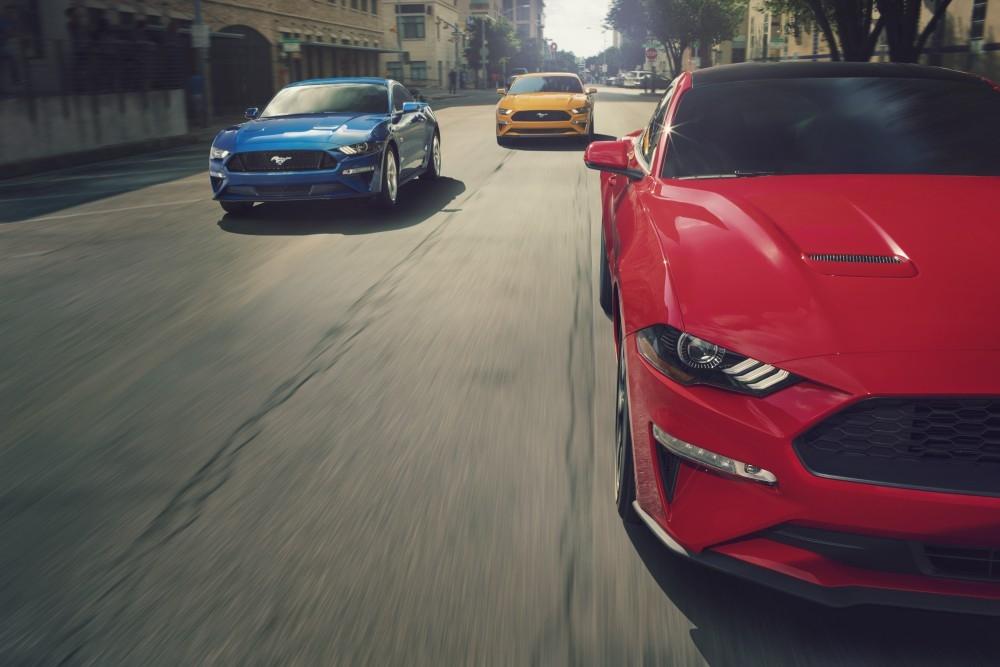 If you haven’t heard the exciting news, the Ford Mustang will replace the Ford Fusion in the NASCAR Monster Energy Cup Series. It’s the first time the pony car has ever competed in professional stock car racing at the top level. With this new opportunity, the Ford Mustang might have a claim to a NASCAR Cup, giving the vehicle that much more credibility.

Of course, you can get in on the excitement by checking out the selection of 2018 Ford Mustang models at your Southern California Ford Dealers.

Soon enough you’ll see NASCAR cup drivers at the highest level behind the wheel of specially-prepped Ford Mustangs. Ford announced the cars will make their debut in February of 2019 at Daytona. The vehicles will surely trigger a flurry of media attention, because the Ford Mustang is one of the most iconic cars on the road today.

Even people who aren’t fans of NASCAR will stop and take note of this historic development. The NASCAR Monster Energy Cup Series is the top league for NASCAR. It’s loaded with plenty of amazing talent, both when it comes to drivers and support crew.

Since 1972, Ford has used four Cup models in NASCAR. The other three were the Thunderbird, Taurus, and Fusion. Before it’s officially admitted into the series, the Ford Mustang needs to go through testing and be approved by NASCAR this summer. We’ll all see the result in a public unveiling not too long after.

At the Daytona 500, we’ll finally see what the Ford Mustang can do in a NASCAR Monster Energy Cup Series race.

This amazing news comes after the Ford Mustang has logged yet another victory. This one is outside of the racing world but is just as important.

Ford announced recently that the best-selling sports coupe in the world was the Ford Mustang. That makes three years in a row that the pony car has occupied the top spot in the global market, which is no small feat.

According to the automaker, registrations of the Ford Mustang around the world totaled 125,809 for all of 2017. Out of those, 81,866 were registered in the United States. That means about one third of Ford Mustangs were registered in foreign countries. The leading overseas market remains China, where over 7,000 registrations were logged last year.

Across the globe, most of orders were for the Ford Mustang GT, which packs a powerful 5.0-liter V-8 engine. It shows shoppers have an appetite for aggressive performance.