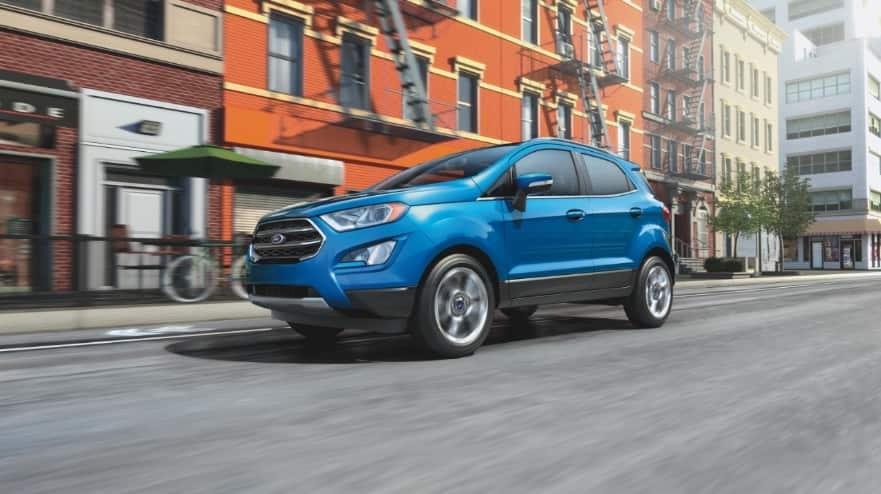 It's not so very long ago that the idea of an SUV based on something as small and compact as the Fiesta would have been met with raised eyebrows and questioning glances, but the small SUV is now very much a thing both here in the US and around the world. The new Ford EcoSport is the smallest and one of the newest models in the Blue Oval's burgeoning crossover/SUV lineup, so let's take a closer look at what you can expect from the latest 2020 Ford EcoSport.

The Ford EcoSport is probably as far away from the likes of the Explorer and Expedition as it's possible to get in terms of size, cost, and capability, and its exterior styling is different too. While some subcompact SUVs try to look as macho and off-road-ready as their much larger siblings and usually fail, the EcoSport doesn’t try to be anything it isn’t. The Ford is proud of its modest proportions, and it embraces them with a modern, funky styling that sets the EcoSport apart from much of the competition.

Buyers have four trim levels to choose from in the 2020 lineup of these small Ford SUVs, which start with the EcoSport S and then go to the SE, SES and the range-topping Titanium. What sets the Ford apart from some of the subcompact competition is that every one of the four versions of the EcoSport can be specified with all-wheel-drive.

Once again, while a number of competitors in this segment don’t offer more than a single powerplant in their models, Ford gives buyers a choice. The standard powerplant is an excellent 1.0-liter three-cylinder EcoBoost turbo that develops 123 horsepower and 125 lb.-ft. of torque. The alternative engine option is a 2.0-liter, non-turbo inline-four, which then puts 166 horsepower and 149 lb.-ft. of torque at the little Ford's disposal. A six-speed automatic transmission sends the power to the front wheels in standard form, but if you want to upgrade to all-wheel-drive you'll also have to go with the 2.0-liter engine as the EcoBoost unit isn’t available with all-wheel-drive.

Ford has a growing reputation for delivering generous levels of standard equipment in its vehicles these days, and the EcoSport is no exception. Entry-level S models come standard with 16-inch alloy wheels, air conditioning, and an audios system featuring Bluetooth streaming and a couple of USB ports. For a relatively moderate uplift in price, stepping up a grade to the SE then adds the likes of rear parking sensors, controls on the steering wheel, satellite radio, climate control, front fog lamps, LED daytime running lights, and a 6.5-inch touchscreen SYNC 3 infotainment system that's Apple CarPlay and Android Auto compatible.

Good fuel economy is a big part of the appeal of smaller vehicles, and the EcoSport returns some decent numbers. The most economical powerplant is the 1.0-liter turbo, which gets you 27 mpg in the city, 29 mpg on the highway and 28 mpg combined in front-drive format.*

To find out more about the 2020 Ford EcoSport, to schedule a test drive, and to learn about all the latest new Ford specials, don’t hesitate to get in touch with us here at Southern California Ford Dealers, the premier choice Ford dealers in Southern California.

*EPA-estimated city/hwy mpg for the model indicated. See fueleconomy.gov for fuel economy of other engine/transmission combinations. Actual mileage will vary. 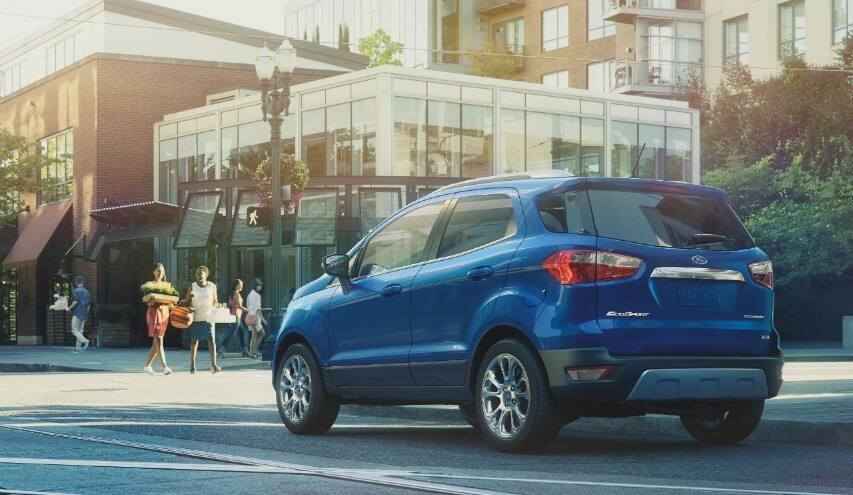