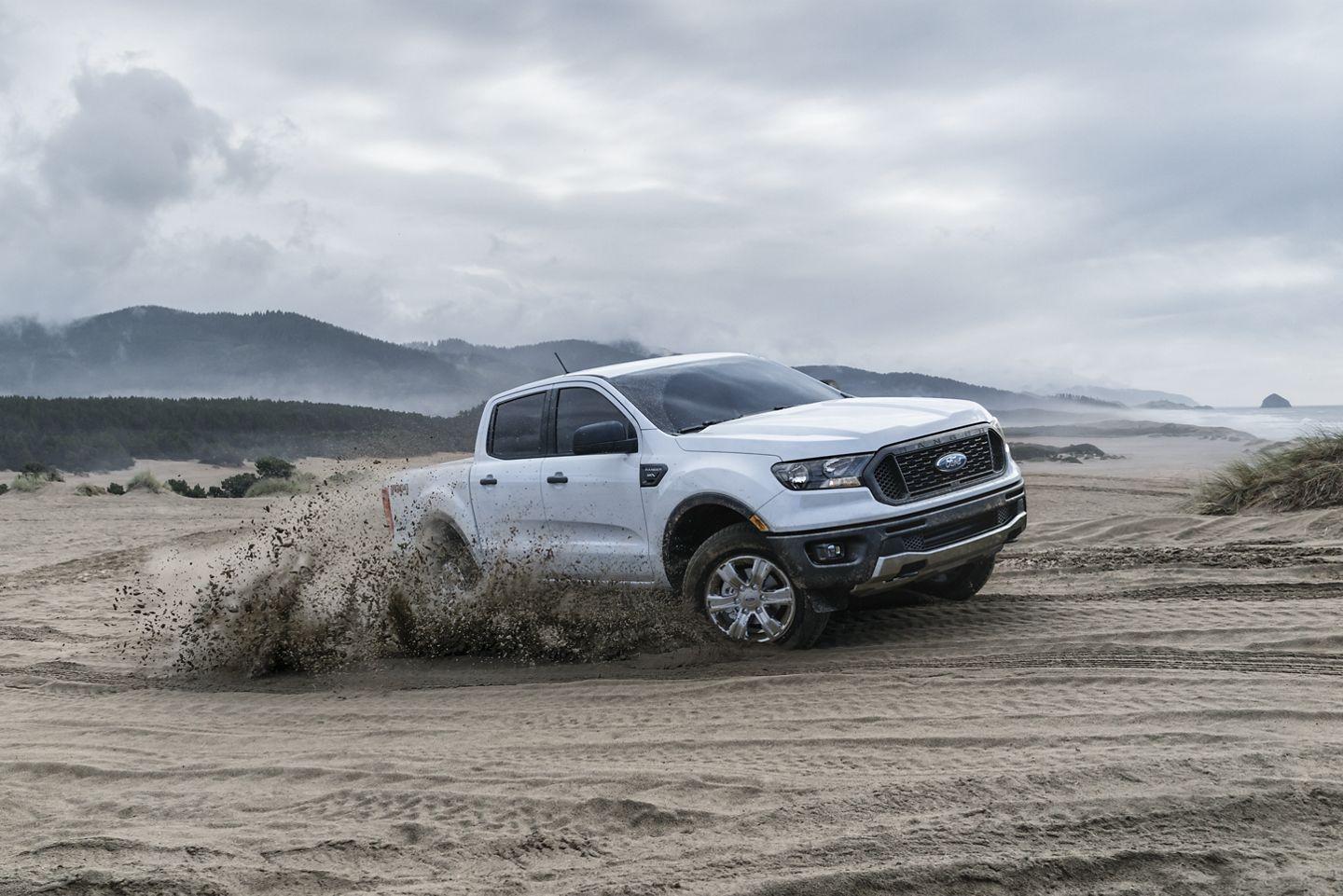 The All-New 2019 Ford Ranger Offers Class-Leading Power, Towing, and Fuel Economy. What More Could You Want From a Midsize Truck.

Ford Ranger makes a triumphant return for 2019 – a midsize pickup truck engineered Built Ford Tough, ready for adventure and packed with driver-assist technologies to enable easier driving both on- and off-road. Anchored by a high-strength steel frame, the 2019 Ford Ranger is available in either SuperCab or SuperCrew configurations, as well as 4x2 or 4x4. The 2019 Ford Ranger models come in three trim levels – XL, XLT and Lariat. Chrome and Sport Appearance Packages are also available.

Ranger also gets work done on the pavement. Its rugged steel bumper with available integrated trailer hitch receiver means towing campers, ATVs or watercraft is a breeze. Anchored by a high-strength steel frame and robust solid rear axle with Hotchkiss suspension, Ranger can tow more than any gas engine truck in its class, up to 7,500 pounds when equipped with the tow package and a trailer brake controller.** With the most powerful engine in its class, even compared to competitors that offer a V6 engine, exceptional fuel economy, and massive towing capabilities, the 2019 Ford Ranger should be on your shopping list. Before you buy your next midsize pickup, come into any of the Southern California Ford Dealers and let our truck experts walk you through the all-new Ranger then send you out on a test drive. We know you’ll come back impressed.

**When properly equipped with the trailer tow package and a trailer brake controller. Class is Midsize Pickups based on Ford segmentation.