The EcoSport is the smallest model in the burgeoning lineup of Ford SUVs, and the latest model looks quite different from the first-generation that was sold in Brazil from 2003. The second-generation, however, is the one that really put the model on the map in Europe and elsewhere. The current 2019 model is a refreshed second-generation version of the compact SUV, and it's sold here in the US in four different trim levels. The first three versions are familiar Ford fare, the S, SE and the Titanium trim levels, but the highest model in the range is now the Ford EcoSport SES, and it's the 2019 Ford EcoSport SES we're going to look at here in a little more detail.

If the Titanium occupies the mantle of being the top of the range in terms of comfort and luxury, the SES is the model for those who put style and performance at the top of their list of priorities. In terms of exterior styling, that means body-color door handles, an upper grille with black painted bars and surround, fog lights, black roof rails, and bold black SES exterior details. This is a compact crossover that doesn’t copy the styling of any of its rivals. And even though it's heavily based on the Fiesta, only its compact proportions really give the game away in that direction.

A lot of Fords in recent years have offered almost as many engine options as trim levels, but not the 2019 EcoSport. In this case, all models, including the SES, use the same engine. The unit in question is a good one though, which is the world-renowned three-cylinder EcoBoost 1.6-liter turbo, mated to a six-speed automatic transmission. It only develops a seemingly modest 123 horsepower and 125 lb.-ft. of torque, but don’t underestimate it because this is a compact SUV vehicle that doesn’t need a huge engine.

The EcoSport drives and handles well in all its forms, but this SES takes things a little bit further. In fact, a quick glimpse at some of the standard features tell you much of what you need to know about in this direction. An intelligent all-wheel drive system, torque vectoring control, traction control, ABS brakes all-round, and AdvanceTrac with Roll Stability Control are all standard, and make this one of the best-handing vehicles in its class.

In its SES trim level, the EcoSport comes very nicely equipped with comfort and convenience kit. It all starts off with climate control and includes a heated steering wheel, a power moonroof with sunshade, two 12-volt power points, automatic headlights, push-button start with intelligent access, and special SES sport seating and trim-exclusive interior trim. It doesn’t get the premium sound and navigation system of the Titanium, but it does get the Sync3 system with 8-inch color touchscreen, navigation, SiriusXM satellite radio, seven speakers, and FordPass Connect with Wi-Fi hotspot.

For more information about the 2019 Ford EcoSport SES and to try the compact crossover out for yourself on a test drive, don’t hesitate to get in touch with us here at Southern California Ford Dealers, the premier choice Ford dealers for all your automotive needs. 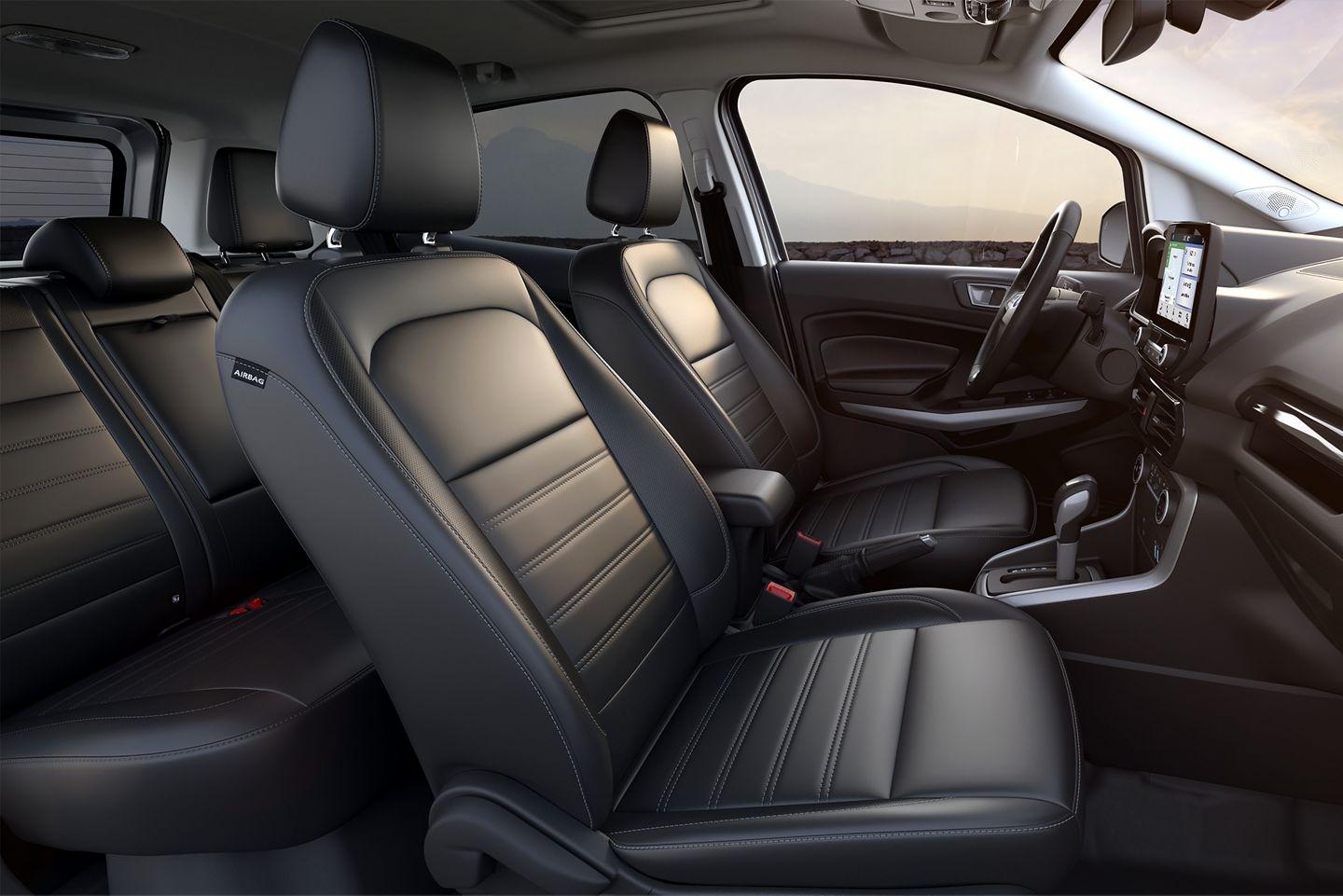